Increase in income for farmers, artisans and workers.

We believe our work contributes to the attainment of specific Sustainable Development Goals (SDGs) from the 17 SDGs agreed by the United Nations in 2015 as goals for building a better world by 2030. Our Theory of Change process has helped us evaluate our impact more effectively. The diagram below shows how this works. We used this model to inform our monitoring and evaluation framework. As part of this framework, we have published three longitudinal case studies, focussing on a coffee co-operative in East Africa, a cocoa co-operative in West Africa, and a coffee co-operative in Central America. 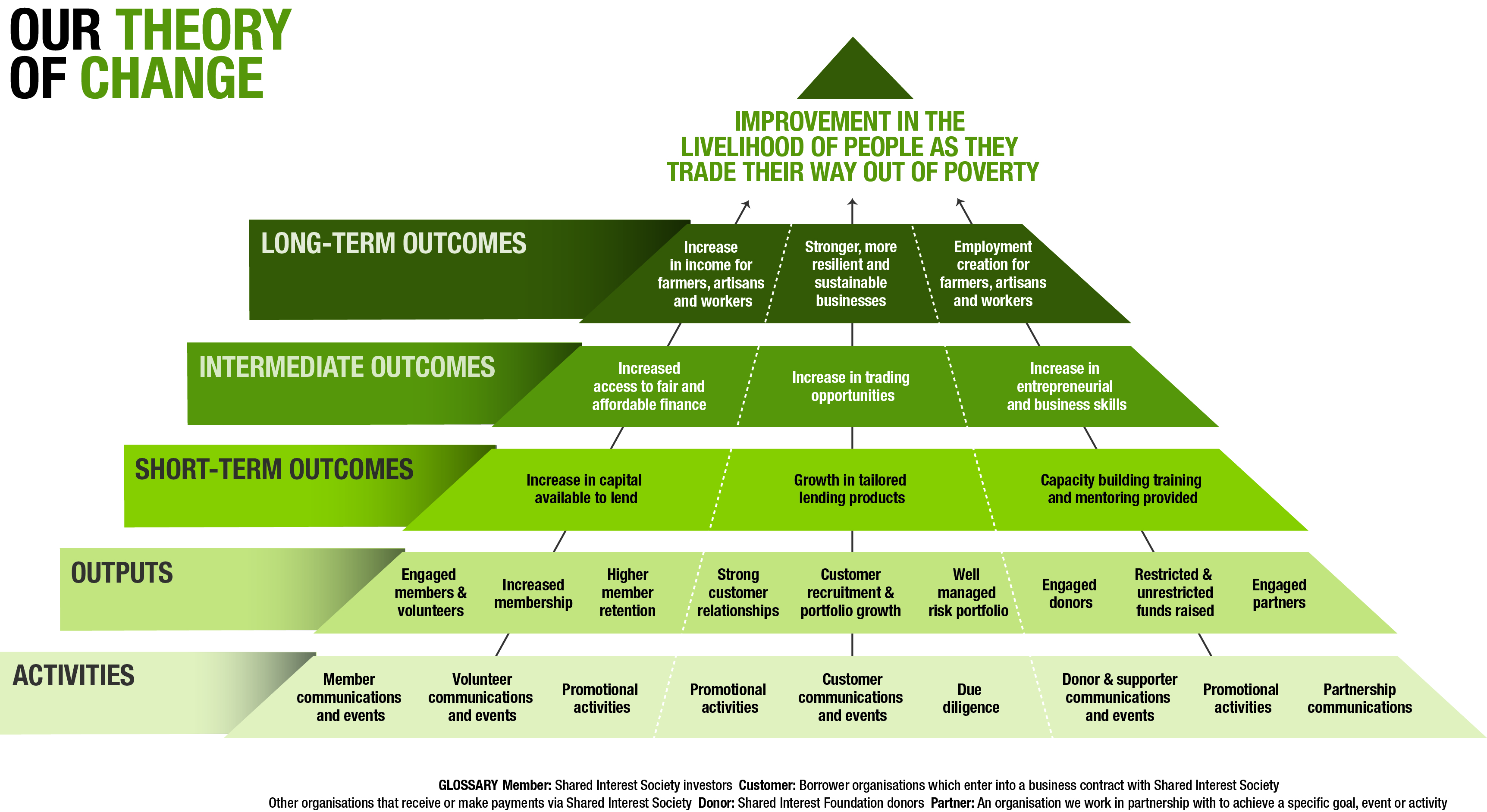 Increase in capital available to lend

Share Capital provides the sole source of funds for our lending services, and at 30th September 2020, we reached £46.1m. We believe that the significant increase in Share Capital was due to reasons mentioned in Part I; successful engagement with existing members, as well as new investment being attracted as a result of effective advertising campaigns, and increased media coverage due to award wins. 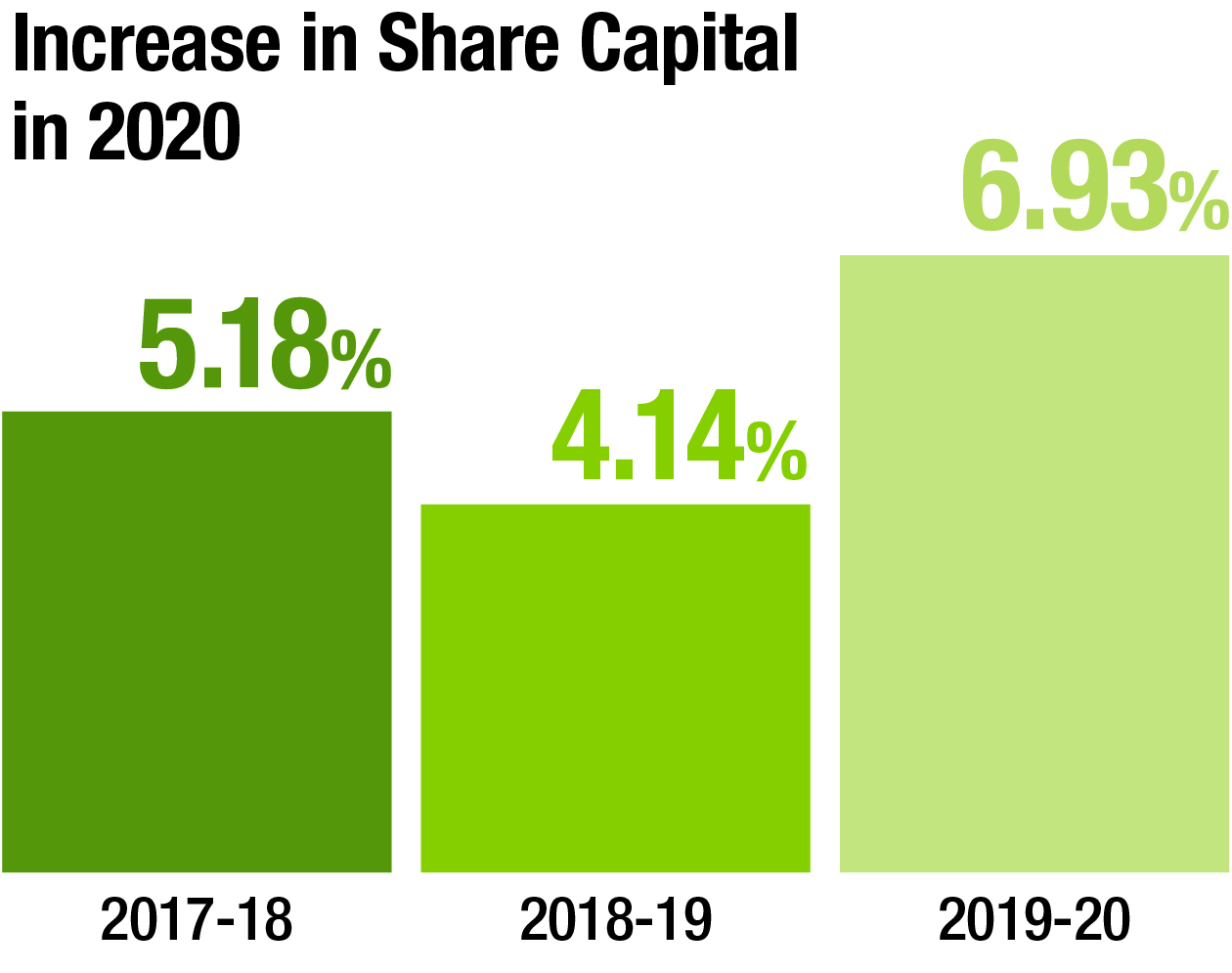 This year, we designed a Social Impact Survey based on the outcomes outlined in our Theory of Change. The main purpose of the survey is to help monitor our progress towards achieving the outcomes in our Theory of Change and to better understand the impact of our activities and operations. We sent the survey to 107 producer groups across our portfolio between July and August this year, and we received a 43% response rate.

Thirty-three per cent of the producer groups stated that their farmers recorded a decrease in their income due to the pandemic and the loss of sales opportunities.

The survey results also showed that the income of employees and workers of the producer groups we surveyed generally remained stable. Only 12% reported a decrease in income.

Producer groups were also asked whether they carried out any development projects in their community during the past 12 months and 80% said yes, in the areas of education, health, water and sanitation, environment and transportation.

Over the past year, we have provided access to finance to farmers and artisans across Africa and Latin America, and fair trade buyers in the Northern Hemisphere, extending our support indirectly to producers in Asia. In 2020, we lent funds to 174 producer groups comprising 352,122 farmers and artisans.

In the later part of this year, a small number of producers in some countries could not access our finance on time due to delayed contracts from buyers. This was caused by lockdown restrictions preventing producers from exporting their products especially between March and June. Retail shops also closed during the same period and buyers needed to sell old stocks before placing new orders. 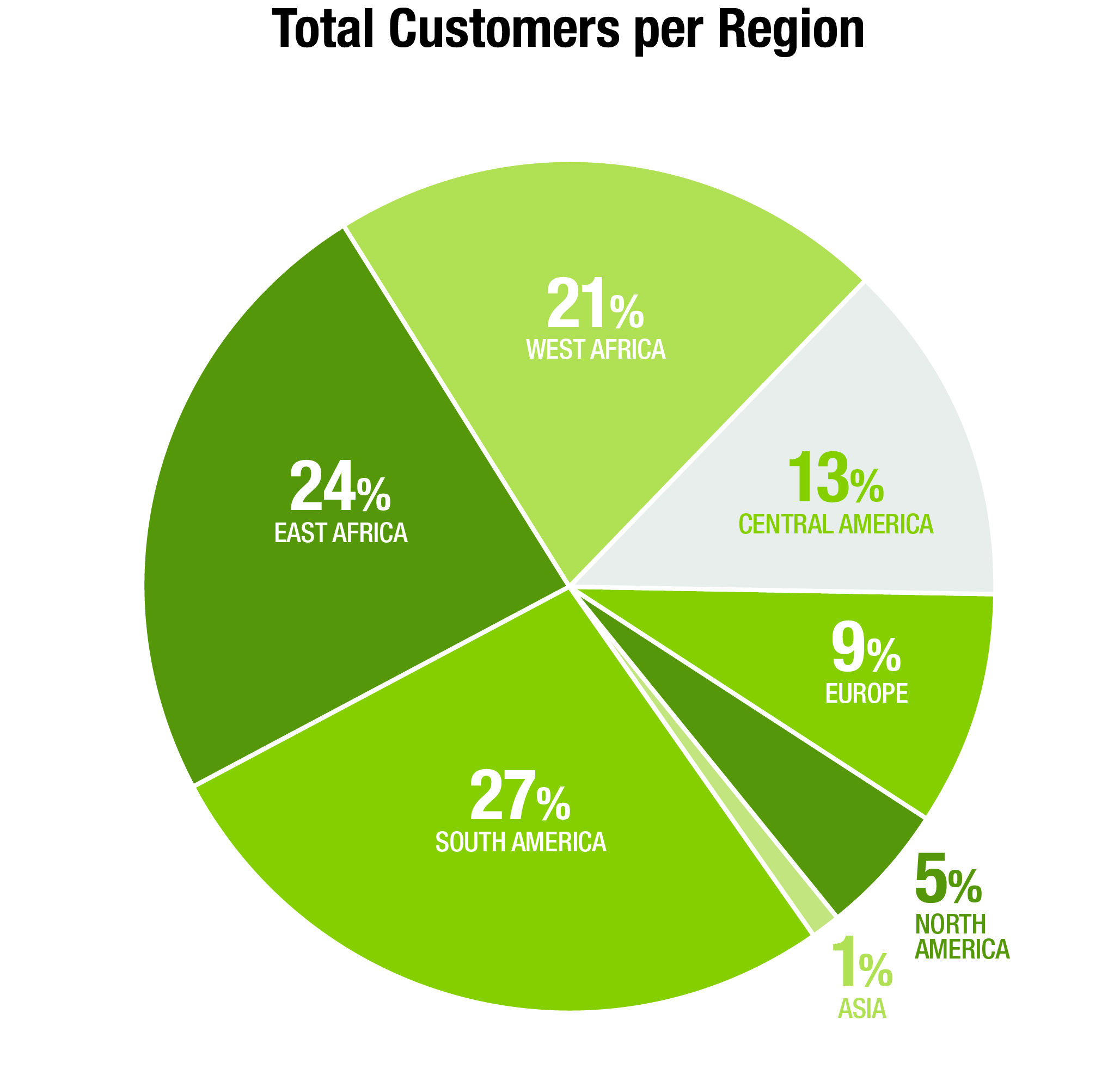